Hey, livejournal, remember me? (Yeah right, like there's even anybody still out there reading this.) Still, I've missed blogging, and being away from home this week means I actually have time to write. I got a couple of pages of fic done yestetfay, and I thought I'd review the romance novel that I brought on the plane. And since I can't remember my Goodreads information (which tells you how much attention I've been giving that lately) I'm posting it here instead.

Cover: Since I'm on my phone, I can't seem to post an image, but apparently the price of deceit is that a handsome Frenchman will invite you over for Christmas Eve and attempt a marriage proposal so boring you both fall asleep standing up before he can finish. Meanwhile, mostly hidden behind the Harlequin bow logo thing, a possessed rag doll watches. And plots.

The good: This is one of the best written romance novels I've ever read, despite its numerous typos. (I blame the editor.) The main character is interesting and likeable, but in a way that stands out from the hordes of typically "plucky" romance novel heroines, while still very much fitting their mold. She is pure and innocent, with a secret sexy side that can only be brought out by the right man, but it's heavily implied that her repression is brought about by her abusive mother convincing her that she had no right to be happy, rather than si,ply because Sluts Are Bad. She has a life of her own, with actual friends--who continue to exist after she gets horny--and a career that she is good at and that's very important to her. The career also doesn't go away to make room for cock. And unlike the last romance novel I read about a schoolteacher, I think this author actually has met at least one real live child.

The heroine has the perfectly normal name of Katherine Lewis. The hero os Dominic Duvall, which is not too snarkable by romance novel standards. He has a sister named Jacqueline, Jack for short, who is just adorable. And Katherine's best friend is mild-mannered math teacher David Carr. (They form a very sweet beta couple.) There's not a Tempest Davenport or a Roderigo Steel to be seen.

My favorite part is the very first chapter, in which young Katherine has gone to London for her last chance at freedom. She dances the night away in borrowed designer clothes, having a blast for the first time in her life, and finding romance with Dominic the handsome French bazillionaire. But then he proposes to her, and she gets scared and dumps him for Reasons. She runs away, back to her house, and feels stifled by her return to her old life. But she thinks:

The bad: Chapter 2 cuts straight to six years later, only to cover the drama in a half-assed flashback.

She could still remember the private anguish of thinking that she was living on borrowed time, just as clearly as she could remember her dizzy, weak euphoria when she had returned to her cottage all that time ago and found that letter on her doormat, sandwiched between the usual circulars and out-of-date bills. The letter that had informed her politely about the confusion with her notes, had apologised courteously for an error of mistaken identity, informed her gaily that she was perfectly healthy.

Show, don't tell! Also, what a fucking cop-out! She couldn't even have cancer that went into remission? It had to be a case of mistaken identity? Andraste's tits, why?*

The romance itself is pretty mediocre, with Dominic (who immediately went out for a rebound fuck, got her pregnant, and got stuck with a kid he makes it very clear he never wanted when That Tramp dies in a car accident) unknowingly enrolls his daughter in Katherine's class. Because her first language is French is her first language, the child needs extra help with English, and circumstances keep pushing the two of them together. Dominic tries to make Katherine jealous by running around with Jack without mentioning that she's his sister, and Katherine tries to push Dominic away by pretending that she's taken by Platonic David. It doesn't work.

Dominic is Very Angry that Katherine broke up with him for Reasons. This is not unusual for Harlequin Presents. The whole draw of the line is that some rich, powerful foreign man is Very Angry at some woman/all women for being liars and/or whores, only to find out that one particular woman is an innocent virgin with big beautiful breasts, which means that she is worthy of marrying him. Usually this comes after he has kidnapped, raped, and thoroughly humiliated her, which is okay because he's just so masculine. I enjoy reading these as a kind of unaware horror story, but in the best ones I can see how Princess Virginflower would be overwhelmed by Puppykicker Tantrumpants's magnetic personality.

Unfortunately, Dominic has no personality. He's neither a fascinating monster nor a misunderstood sexbeast. He's just a twerp whose mommy and daddy didn't tell him no as a child, so when he grew up to have money and (I assume) a handsome face, he never developed self-restraint. He's an entitled ass who thinks he has the right to do whatever he wants, whenever he wants, and even Katherine doesn't think it's sexy. In fact, she's afraid of him when he forces his way into her house just to show her that he can, and she's annoyed when he makes out with her after she tells him not to.

"What satisfaction have you derived from this?" she asked.
"The satisfaction of knowing that I could take you if I wanted to."

Ew. Of course they start fucking soon after that, and she falls back in love with him. Then she decides to tell him the truth about why she walked out on him six years ago.

Now, after spending a couple of days with her, Dominic has forgiven Katherine for, as he believes, leaving him for another man. After having an actual conversation with her and finding out what her mother was like, when he hears that there was no other man, he is downright sympathetic to her for dumping him for what he now assumes is no reason at all.

But when she confesses to not wanting to get into a serious relationship when she thought she had maybe a month left to live? That shit is unforgivable. In fact, it's grounds for rape.

He doesn't go any farther than kissing her and fondling her breast, but it's treated as a "real" assault and not one of those awful "he's so hot he made her like it" rapes.

She leaves, crying. He goes out for more rebound fucks. Not for any real reason. Just because Presents heroes are supposed to be awful, and Cardboardinic has to hit all the right beats.

Of course this isn't really a problem, because as he later confesses to Katherine when he's forcing her to move into his home (when she can't fight back because she was so upset about the new girlfriend that she wrecked her car) the woman he picked is trying too hard and likes to cook. Hasn't he suffered enough? Oh, and it turns out he never even touched her because his love for Katherine has made him immune to the charms of leggy blonde models who sound perfectly nice. That slut.

The ridiculous: Katherine keeps harping on and on and ON about what an ancient, undesirable old spinster she is, and how she's missed her chance and no man will ever want her again. Even though at the nigh-unimaginable age of THIRTY-ONE(!!!) she has not a single grey hair or wrinkle to be found.

The verdict: This was actually quite enjoyable. In some respects, I think it would have been vastly improved by a competent editor. In others, I suspect editorial meddling marred an otherwise decent narrative. (For example, I'd be willing to bet that Gail the Offscreen Rival was added to make for a wangstier climax, and to take some heat off Dominic, since foreshadowing suggested that Katherine was going to wreck her car immediately after the man she loved rejected and nearly raped her, rather than several days later after she found out he had someone new. That whole interlude would lift right out.) If I find anything else by this author, I'll probably read it. This was one of her earlier works, so maybe later on she learned to write interesting man.

But I'd rather read the story of David and Jack.


Apologies for any typos. I'm having trouble without any keys to press. And I should probably put this behind a cut, but fuck it.

In honor of Breaking Bad's return to television, and also in honor of the announcement of Peter Capaldi as the twelfth Doctor, and in a couple of cases just because I feel like it, have some more casting choices for my imaginary DC movies.

All the ads think I'm mad that Obama is trying to steal my guns.

As it turns out, it's only white male actors under 35 who all run together in my head. So here's some more fake movie cast.

Since I spend a lot of time on Polyvore these days, I made this fan-cast for a hypothetical DC movie (or series of movies) with a blended DCAU/Teen Titans Animated/pre-DCNu comics continuity. But since I don't know or care about male actors, I only did the ladies. Batman and Superman would be in their late 30s, Dick would be about 29, and Teen Titans Robin (who would be Tim even though it's clearly Dick) would be about 19. On to the ladies!

So that's it. How about you, internet? Agree or disagree?

Someone has finally supplanted Jonathan Crane in my affections. 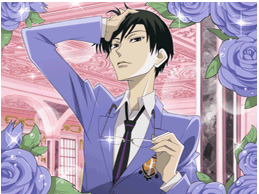 So fanficrants, of all places, suddenly got triggery as hell and WHAT IS THIS INTERFACE WHAT IS HAPPENING I HAVE BEEN AWAY FROM LIVEJOURNAL TOO LONG!  I can't cope with change right now.

I have a working computer again! Have a post.

Today I got back to watching anime, with the first episode of Le Chevalier d'Eon. It's beautifully animated, the voice acting is much better than I've come to expect from a dub, and the story is very engaging so far. It's not exactly one hundred percent historically accurate, though...and maybe it's a little odd that, in a vampire/ghost/zombie(?) pre-French Revolution story, the thing that's really bothering me is that the main character is unambiguously voiced by a man. (Except when he's possessed by his sister.)

I mean, it's not like I even know for sure that Charles-Geneviève-Louis-Auguste-André-Timothée/Charlotte-Genevieve-Louise-Auguste-Andree-Timothee d'Eon de Beaumont was a...( Collapse ) 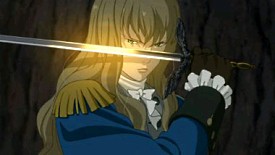 What with not having a working computer, am now spending my days stealing Techie's while she sleeps. Since I'm not willing to put it to personal use (except apparently to take a quiz and then update LJ) I have been using RPGMaker. Getting so much work done. It will be magnificent.

Will post all about it at some point in the future.
Collapse